Posted by Evan Conklin on Wednesday, 14 February 2018 in Water Heaters

We got called out to service an appliance that was red tagged by the gas company this week.

PSE had disconnected a Rinnai Tankless water heater that was discharging 435 PPM of CO into the OUTSIDE air. (400 PPM is the legal limit).

We had not run into this situation before. We know that CO is dangerous in the house but we had no idea that there were federal laws related to residential gas appliances and outdoor air quality.

Well, we contacted the manufacturer asking for the technical service specifications so we could fine-tune the appliance to comply with the EPA requirements. It turns out that the appliance was not adjustable. All we could do was insure that the unit was burning blue and had a clean combustion chamber.

We see some risk to our customers with some tankless water heaters that are not compliant with EPA air standards.The gas company may disconnect the appliance with no recourse except to replace the appliance with one that complies.

We are researching the options. It appears that some tankless water heater models should not be purchased.

Posted by Administrator 2 on Tuesday, 12 April 2016 in Uncategorized

Service & repair of Bosch water heaters in Seattle is about to get a whole lot better. Seattle Hot Water is working with the factory and the local factory rep to get a more comprehensive support system in place to service Bosch water heater customers.

Technical training and local parts availability is important and Bosch is listening!  We love the Bosch water heaters because they are well designed and are durable high performance hot water makers. We should know as we are one of the few plumbing/heating companies that specialize in servicing hot water heating equipment.

Virtually All water heater models changed in May 2015

Posted by Administrator 2 on Wednesday, 06 April 2016 in Uncategorized

Virtually All water heater models changed in May 2015 to meet new federal energy requirements. These are the changes that are most significant: 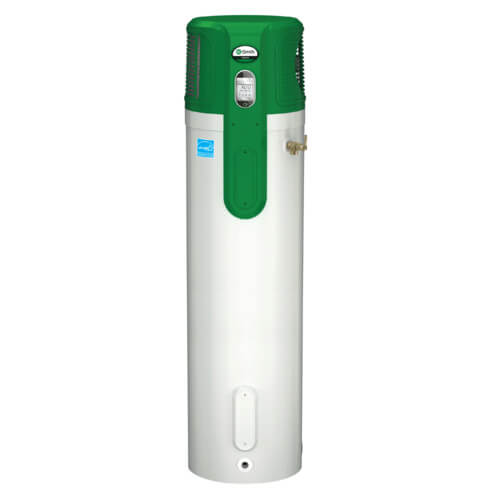 65 gallon and 80 gallon sizes in the Electric water heater tanks can be a serious replacement problem!

Call us for more information

Posted by Administrator 2 on Tuesday, 08 March 2016 in Uncategorized

Pros:
An electric hybrid heat pump has the lowest operating cost of any electric water heater on the market, especially when installed in warm climates. (Seattle isn't that warm). They may also qualify for rebates and tax incentives. Go to dsireusa.org for WA to see what’s available in Washington State.

That being said, our suggestion is to have your hot water load needs carefully evaluated to make sure you need a water heater larger than 50 gallons. If you do, these hybrids are your only option (can you upgrade to gas?).

Give us a call if you would like to discuss your hot water needs. We like the Bradford White Aero-Therm...

These are heat pump water heaters that heat the water with a reverse refrigeration type compressor. They take heat from the room they are in and put it in the tank. This is similar to what makes your refrigerator work. Consequently, you don't want to purchase the cheapest unit at the big box store. You want a good quality machine that does not require a lot of repair costs. Do your homework

Posted by Administrator 2 on Monday, 13 July 2015 in Uncategorized

We are finding that the combustion chambers when not cleaned regularly can corrode and require replacement.

The residues from the fuel accumulate in the bottom and restrict the condensate drain. When this happens strong acids are formed which eat away the aluminum heat exchanger. This can be avoided by simply having the boiler serviced regularly by somebody that is trained on the unit.

This buildup can ruin the boiler!

Posted by Administrator 2 on Friday, 24 April 2015 in Uncategorized

Gas water heaters will require additional insulation, incorporate newer flue baffling technologies (including flue dampers), incorporate electronic ignition in lieu of the standing pilot, or any combination of these. One impact will be an increase in the overall product size, especially in diameter. For gas-fired products over 55 gallons (≤75,000 BTU/Hr.), fully condensing combustion technology will most likely be required. This will also mean that line voltage will have to be available as will a means for condensate disposal.

Yelp isn't doing anybody any favors

Posted by Administrator 2 on Thursday, 19 March 2015 in Uncategorized

The Seattle Hot Water Company has been around a long time.

You wouldn't know it though as Yelp has tagged our listing on their site as CLOSED with a single negative review showing. It obviously isn't true.

Nobody can post positive reviews because of the closed tag. I can't remove my listing because Yelp claims that it is public property and they don't have to remove it.

A couple of customers have called asking if we were still in business as they saw the tagged listing there and thought that they would call to find out. I'm very glad they did.

There was no obvious way to edit or make the correction myself other than to "Claim" the listing which was ridiculous as I had claimed it years before. They knew who we were, where we were and they knew all of our contact information.

I believe some disgruntled Yelp ad salesman that couldn't take no for an answer simply tagged the listing as closed after leaving a single negative review up on the listing thereby preventing any other reviews from being posted.

It wasn't very nice. They have ignored my request to make the correction so far.

It is time to service your water heater and furnace!

Posted by Administrator 2 on Friday, 26 September 2014 in Uncategorized

Call us for an annual inspection and service of your water heating and furnace equipment before winter.

Mention the website at get $10 off your service call.

PREVENT YOUR HOT WATER HEATER OR BOILER FROM EXPLODING

Posted by Administrator 2 on Friday, 29 August 2014 in Water Heaters

WHAT YOU SHOULD KNOW

TO PREVENT YOUR HOT WATER HEATER OR BOILER FROM EXPLODING

Most water heaters are installed by those without a license in Washington State. Many advertise water heater installation and repair but are not licensed. Demand to see the plumber license required to be carried by every plumber. You will be glad you did!

Posted by Administrator 2 on Friday, 29 August 2014 in Water Heaters

SeattleHotWater.com has a new look

Posted by Administrator 2 on Thursday, 28 August 2014 in Uncategorized

Well to our new website. We have a new content manager that hopefully will be useful to our customers (and future customers).

This blog is brand new. I will start filling it with tips, tricks and news about the work we do with water heaters and boilers.

We are licensed plumbers and are familiar with all types of residential and commercial water heaters. Feel free to contact us with any questions you may have.

Thanks for checking us out!